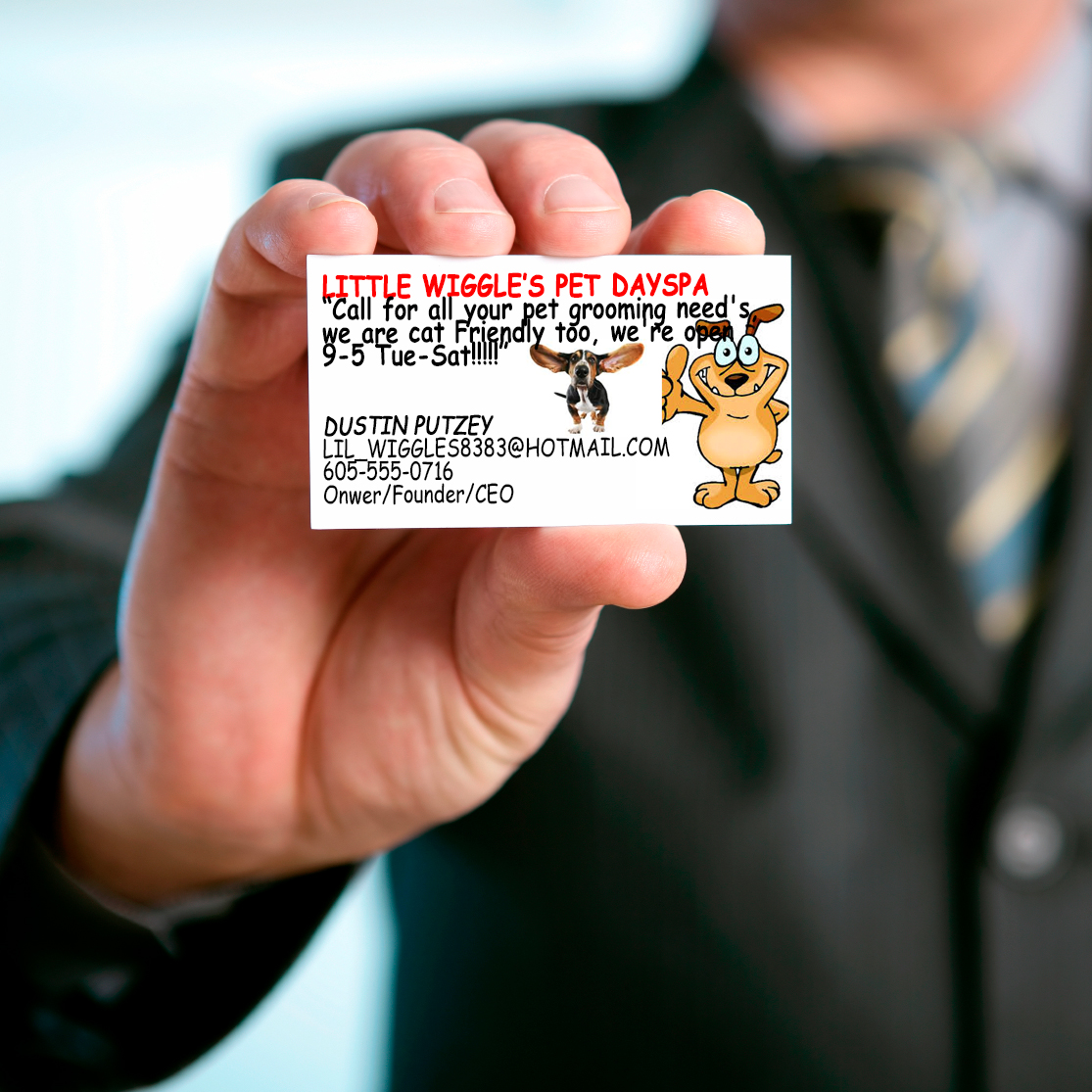 Your business card likely says a lot about you and whether your business should be taken seriously. Many businesses go to great lengths to create very unique, unforgettable business cards that exude professionalism and class. Some businesses strive to stand out from the crowd with cards so bizarre that one wouldn’t necessarily even identify them as business cards. Some have die-cut names and logos, others have pop-up pictures, some serve as a coupon, and others are edible!

Other businesses, however, want to save money and print their own cards from a home printer that are either cut out by hand or have jagged, perforated edges. Nothing says “complete hack” like a laughable, one-sided business card. That’s not to say that a business definitely can’t make a nice-looking business card from their own printer, but in most cases, it would probably suit that business better to have no card at all than one that is kept by potential customers for the sole purpose of showing others examples of how not to make business cards.

This is just the situation that Todd was facing as he ran into a gentleman in a public restroom late one Sunday night. After striking up a candid conversation about dogs, the man handed Todd his business card and said to call him if he was ever in the need for a good dog-grooming; he would even give Todd’s dog a free pedicure! Todd quickly found himself in need of such services, and a few days later he pulled out the business card to get in touch with the man. That’s when it really struck him… this business card was pure shit. “What is this, amateur hour?” Todd asked himself.

Todd examined the card. This was clearly entirely self-made by the groomer using Microsoft Word. Not only was the business confusingly named “Little Wiggle’s”, the card used all-caps Comic Sans bold 24-point font throughout, and featured a pixelated clip-art cartoon dog pulled from the internet with a second image of a real dog overlapping it with the background not even cut out! It also included a horrific apostrophe error, random word capitalizations, and a run-on sentence that stated “Call for all your pet grooming need’s, we are cat Friendly too, we’re open 9-5 Tue-Sat.” The email address listed was lil_wiggles8338@hotmail.com, which was a dead giveaway that the business doesn’t even have a real website. If the card was indicative of the level of grooming Todd’s beloved pooch was about to receive, Todd should burn the card now and never look back.

Here’s what each aspect of a bad business card likely mean in terms of the quality of service one is about to receive.

It is possible, however, that the business is so busy, with so many dedicated clients, that they really have no time to create a better card or check for errors. And maybe they’re so busy that they can’t actually handle any new clients, so why waste resources on printing a better card when they won’t be able to deliver? That made Todd briefly reconsider whether he was being too harsh… The guy probably is a great groomer but doesn’t know the first thing about marketing. What do do?!

But, Todd needed a groomer and he needed one now, so he called the guy. It turned out the groomer operated out of his own kitchen, didn’t take credit cards, and had his children in and out of the room during the grooming. His dog grooming turned out okay save for the AquaNet hairspray used on its face. The real nail in the coffin, however, was when Todd thought he saw someone gagged and bound through a crack in the floorboards when he asked to use the toilet. This was definitely not a stand-up business.

My Hot Take:
As someone with bachelor’s degrees in Graphic Design and Web Development and who has 12+ years professional experience as a digital designer, a bad business card immediately equals lack of business from me. Spend $100 and have a designer or even an artistic student design one for you, and another to have it printed professionally. If you’ve designed one yourself and think it looks great, get a few other opinions from artistic-minded people before going to print.

tl;dr
Unprofessional looking business cards are bad for business. Or basically, don’t do business with people who use Comic Sans.