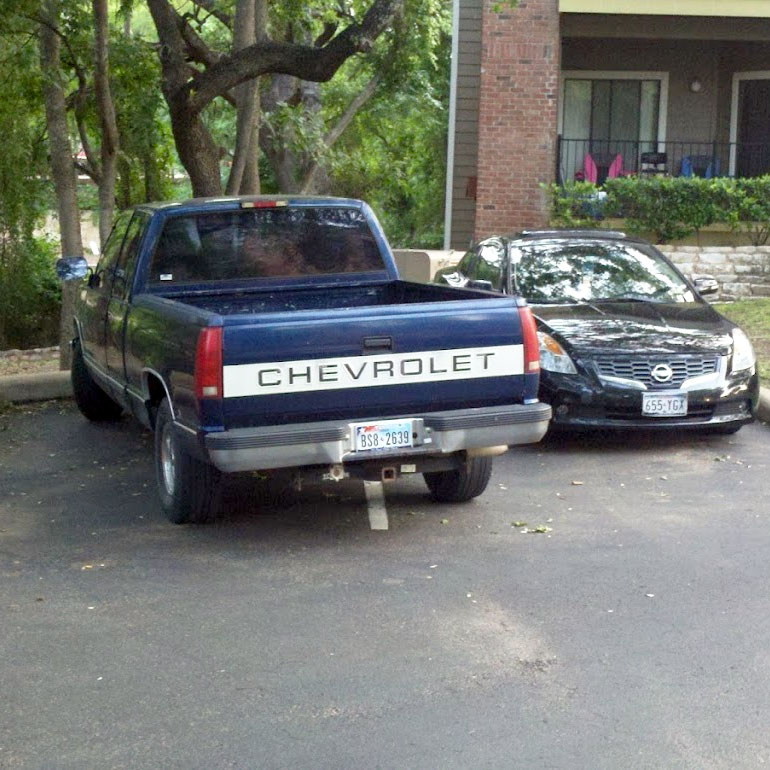 “5 o’clock, bitches! It’s quittin’ time!” Carlos shut down his computer, collecting his belongings, and headed out to the parking lot. He grabbed his keys out of his pocket and approached his Chrysler Town & Country minivan, when he noticed several co-workers at the designated smoking area pointing and snickering in his direction.

“Oh shit, it was Carlos with the hack park job!” yelled Murray. “Dude, sorry man, but that’s whack! I’ve been standing here all day wondering who the hell parked their car high on drugs!” The other smokers in the group laughed.

Carlos took a step back and realized the true awfulness of his parking effort. The car was diagonal, at nearly a perfect 45º angle, almost totally blocking off the adjacent parking spot. He also appeared to not pull in far enough; the back of his van was at least five feet behind other cars, well into the driveway.

Carlos was stunned. How could he not have noticed this?! Worst yet, he was parked like this for over nine full hours. Everyone to pass through the lot had seen it, and many people recognized his vehicle.

“So what’s your excuse, man?” asked Murray. “I mean, this is literally the worst park job I’ve ever seen in my life.”

Carlos pondered for a moment. What was his excuse? Was he really this inept at parking? Was he distracted at the time?

Here are a few possible answers to justify a terrible park job.

In the end, Carlos took the easy way out and said the adjacent cars were parked like that when he arrived in the morning, and now that they’re long gone, he’s the only one left parked like that, making him look like a bad driver.

Hopefully, like Carlos, your atrocious job of parking was a one-time oversight. If nothing else, this eye-opening experience should cause you to pay closer attention to your future parking efforts.

My Hot Take:
I tend to do a terrible job of parking my minivan in standard perpendicular parking spots. Angled spots are fine and parallel spots are fine, but pulling a long vehicle in straight into a perpendicular spot without much of an available turn radius is problematic! I tend to blame myself and poke fun at my own bad park jobs before others get the chance to call me out. (Oh, and the photo associated with this post was me… I actually parked my old pickup like that overnight at my old apartment.)

tl;dr
Horrible park jobs can be blamed on a variety of factors, including blaming the way other cars were parked when you arrived or other obstacles that prevented a clean park job.