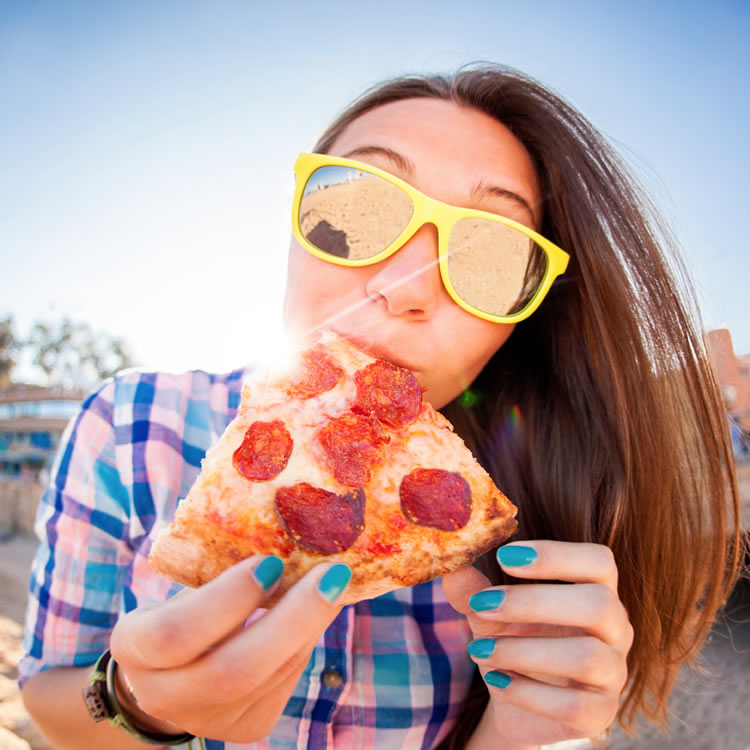 While most children’s favorite food is pizza, some kids are picky eaters who either get grossed out by foods with many ingredients that can’t be deciphered or just simply don’t like pizza. While a little odd, it’s not terribly unusual to dislike pizza as a kid. It becomes weirder when you reach adolescence and you’re still holding out. How do you actually make it through the teenage and, for the very stubborn, even college years without giving in and eating pizza with everyone else?

This scenario presents itself constantly. It’s the trademark food of any teenage get-together. Whether you’re dishing over the cutest guys at a sleepover, participating in some sort of church youth group activity, or the team bus stops off for a bite after the game, there is sure to be pizza aplenty. While everyone else is chowing down, you’re once again made fun of, pressured into trying some, or flat-out forgotten.

What are your options to avoid eating the pizza, not causing a ruckus, and not having your friends give you a hard time? There are ample ways to get out of eating pizza and saving face, but in many instances you’ll likely go hungry.

If you’re even a remotely social individual ages 12 to 18, there will be countless situations where a group of friends is getting pizza. Being that oddball is no fun, but truth be told, you’re probably better off health-wise, and money-wise if everyone is chipping in. Hold your ground and never give in! If you’ve reached adulthood and still don’t eat pizza, you’re likely to get badgered occasionally, but the situation of eating together with a group doesn’t come up as often.

My Hot Take:
I was this person. From kindergarten through college, I never once gave in and ate the pizza, and I used many of the above suggestions. Most frequently I pretended to be sick, or took a few pieces and fed them to a dog under the table. When I turned 25 I could no longer take the constant ragging from friends and just started eating it.

tl;dr
If you don’t like pizza, you’re going to be the odd one out in a group. Make up an excuse why you can’t eat it.