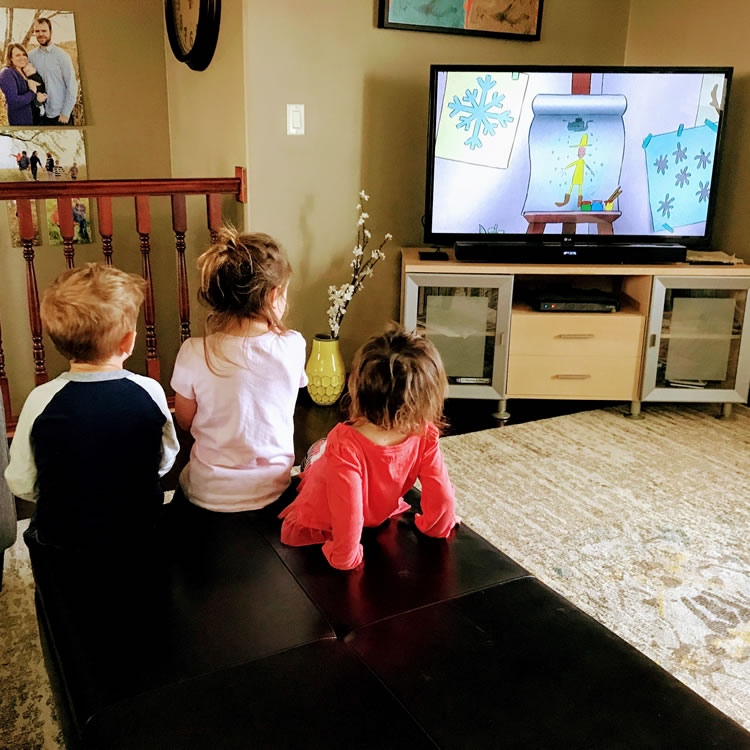 Kids watching the same movie over and over? How do you cope?

Deb’s kids love to re-watch movies and shows that they have already seen. They don’t care that there are thousands of titles available on Netflix; all they want to watch is the same movies over and over. Right now, they’re obsessed with the Trolls movie on Netflix.

Science has proven the reason for this is that toddlers love repetition and being able to predict what is about to happen. They also seem to learn and acquire new skills by viewing the same thing time and time again. Furthermore, they aren’t getting quite as much out of the movie as you in a single viewing; whereas you may comprehend the premise and be able to recite back the plot after just one viewing, it may take a child ten times as long to wrap their heads around what just happened.

Simply put, the kids’ cries to watch Trolls ain’t going away for a few months, and Deb is probably going to have to learn to love, appreciate, or at least tolerate the movie herself.

How can you give in and learn to appreciate or tolerate your kids’ annoying choice of movie?

So, as an adult who is not only allowing young children to watch TV but also choose their own programming within reason, what can Deb do to keep her sanity? Because let’s face it, she’s going to be watching the movie too, or at the very least hearing the sound in the background.

Eventually, your child will grow tired of the movie in question and you’ll be free of it. If you followed the tips above to a T, it may be you who goes back and rewatches after the kids go to bed!

My Hot Take
My 3-year-old fell in love with that Trolls movie mentioned above. At first, I really didn’t get the appeal. The songs weren’t original and the story seemed flawed. But after the tenth or so time seeing it, I began to appreciate it a little more. Once I realized who all the voice actors were and the huge box office numbers and decent critical reception, I declared it to be an OK movie to occasionally sit through.

tl;dr
If your kid wants to watch the same movie over and over, you’ll have to find a way to sit through it and not lose your mind.