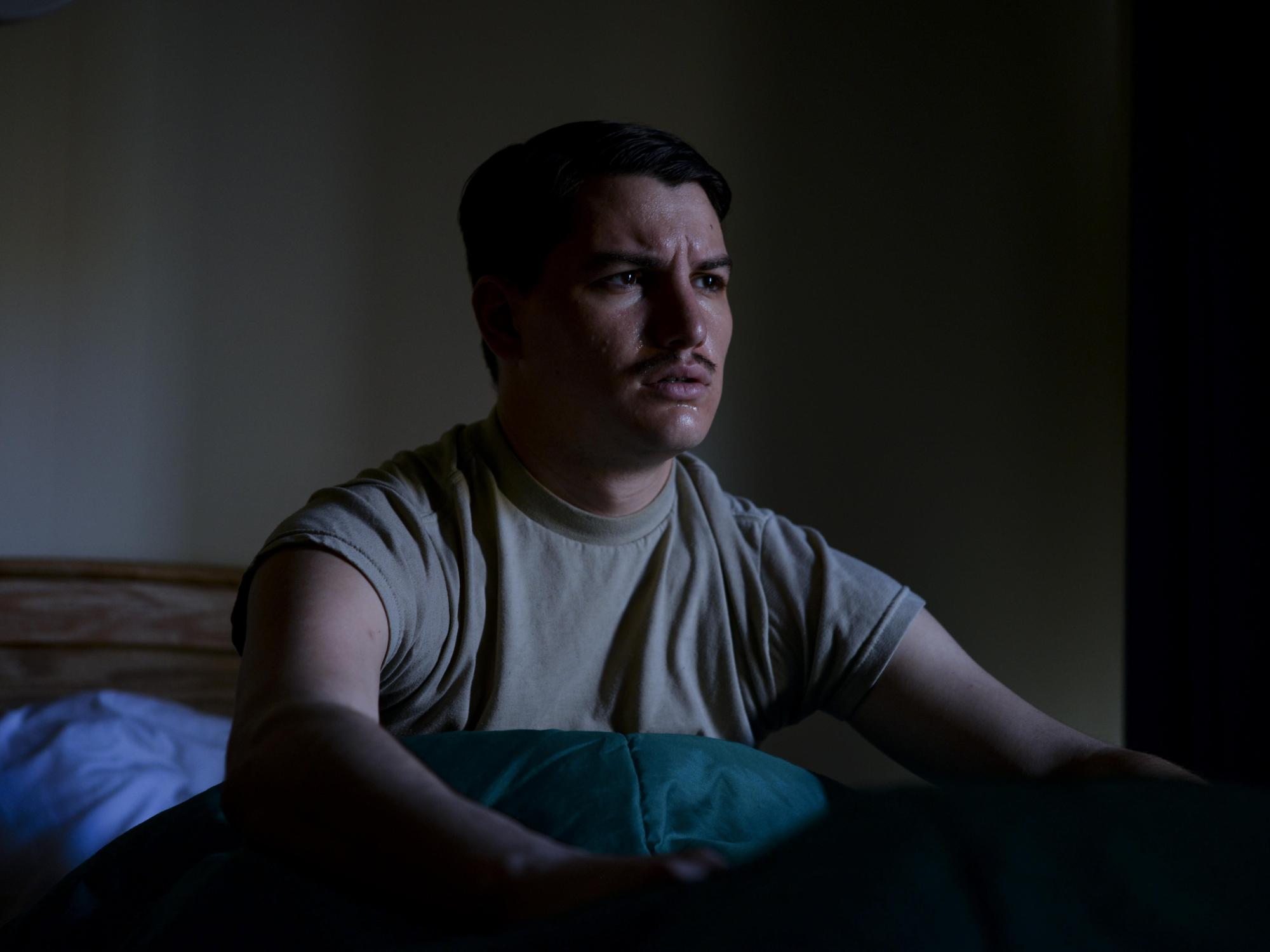 Scary movies often cause our minds to run wild at night.

We see it every day—you watched a scary movie late at night, and then while lying in bed you suddenly believe the very scenario from the movie will unfold in real life. It can’t escape your mind, whether it be a ghost presenting itself, a murderer breaking in through the window, or a UFO beaming you up for a painful butt probing. How will you ever get a good night’s rest?

Frank freaked himself out watching a scary movie right before bed.

Frank made the mistake of watching The Ring before bed Sunday night. It was late on a dark, stormy night, and he was home alone. And yet he chose a creepy movie almost as a personal challenge; a movie that deep in the back of his mind he knew he’d regret watching.

Suffice it to say, he didn’t sleep very well that night. Sitting upright in his bed with all the lights on, his TV on, and a hammer on his nightstand, Frank jolted in terror at the sound of branches batting against his window, or his cat hopping onto the bed. When he went to the bathroom, he made sure not to look directly into the mirror, for fear that the creepy girl from The Ring would somehow pop out of the mirror and kill him.

All night long, Frank sat in terror, his imagination getting the better of him. He took a big pull of NyQuil in hopes of drugging himself to sleep, but his mind was running too wild for it to have an effect. “It wasn’t real!” Frank kept telling himself. “Someone made this up. It couldn’t happen in real life.” But it was no use. Every time he just about drifted to sleep, another noise startled him right back awake.

When his alarm sounded at 6:15, Frank had slept less than an hour, but now was absurdly groggy from the large dose of NyQuil he had taken just a few short hours ago. Today was going to be awful.

Tips for getting to sleep after watching a scary movie

Though most of these measures didn’t work well for Frank, the average person may experience some degree of success resting peacefully after a scary movie.

If all else fails, just say screw it and get out of bed. Go be productive. So what if you’re sleepy tomorrow? The next day you’ll just go to bed earlier and make up for it.

As long as I’m 100% certain the movie was completely fictional and not based on anything remotely real, I usually can go right to sleep. But if it’s based on a true story, though, I’m screwed. The very idea that this happened to someone means it could happen to me! Sometimes the movies that scare me most aren’t even horror movies. The movie Capote gave me nightmares depicting the murders of the Clutter family.