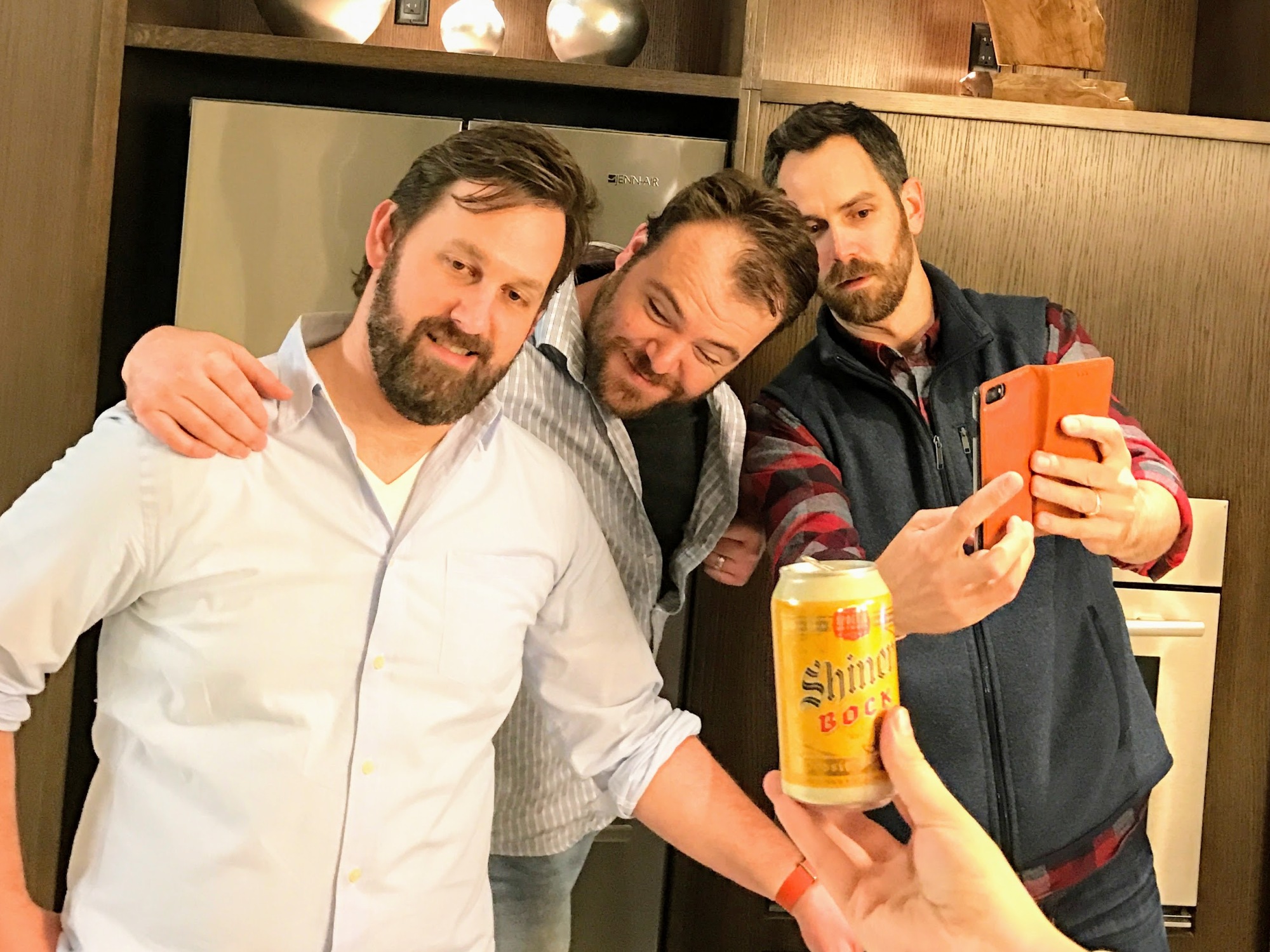 We get it—your average grown man doesn’t want to be seen as a “sissy boy” who values and cherishes sentimental moments with other dudes. But secretly, deep down, some men really want to take a group selfie with their bro friends.

Standing next to your buddy at the urinal? That’s no problem. Complimenting your bro friend on his rad new bandana? Not worth a second thought. But to ask your pals to huddle together and snap a selfie, or have someone capture a group photo of you? Total wuss move!

Phil was out for drinks with the bros from the gym. The gang had all bonded over the course of their workouts over the past few months, and it was a rare occasion to have all five of the guys out together, what with major life events like kids getting in the way. Laughs were shared over buckets of beers, and around 11 the guys were nearly ready to call it a night.

Before everyone split, Phil secretly wanted everyone to lean in so he could snap a group selfie. He didn’t want to admit it to the other guys, but this moment felt special to him and he wanted a picture to remember the night. There was something about a bunch of dudes squeezing in together for a selfie, though, that seemed wildly out-of-character for this group. Perhaps uncomfortable with his sexuality, Phil was struggling to muster the courage to ask the guys to pose with him.

How can Phil present his photo request to the guys while maintaining his “I’m a buff gym man with sweet tats who drives a jacked-up truck and I have no sentimental side” image?

Or, you know, you could just tell everyone you want to get a picture together. Chances are, a couple others in the group also would like a picture, but no one wants to be the guy to bring it up.

Many guys don’t have an issue with coordinating, posing, or taking a group photo of themselves with other guys. With social media showcasing everyone’s highlights, fun times, and best lives, it shouldn’t be that taboo of a subject to broach.

I actually feel this way, which is why I wrote this blog post! If there are women in the photo, I wouldn’t give it a second thought! But the idea of asking a group of dudes to get together for a picture just feels weird to me, unless it is to commemorate a significant event like a wedding, trip, or attendance at a sporting event. To ask a bunch of guys to pose for a picture is almost a non-verbal way of saying “I really like you guys, and I cherish the time we’ve spent together. I want to look back on this occasion fondly.” And dudes, unless wildly drunk, don’t normally make a habit of sharing mushy feelings like that. I have foregone quite a few photos over the years due to this.