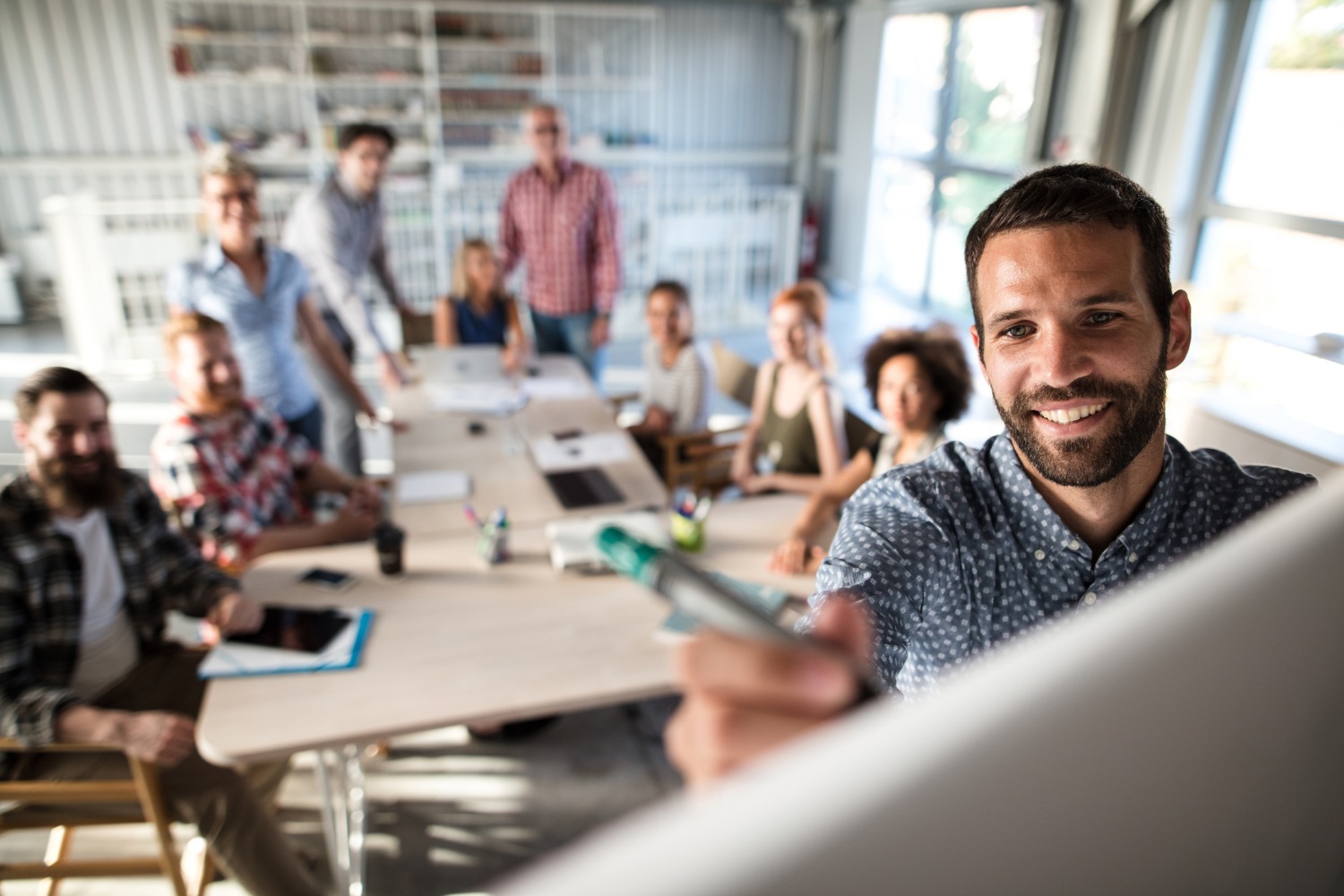 A Business Analogy Helps Everyone Understand a Complex Idea

Oftentimes in corporate America, businesspeople feel the need to compare complex ideas to real life problems to be better understood by a wider audience. A very popular, effective way to accomplish this task is by using analogies—a comparison between two things for the purpose of clarification.

Some of the brightest managers use analogies every day to help their teams grasp a concept. Rather than explaining a project verbatim and expecting great results, the manager may compare the assignment to a common, everyday, real-world problem or situation that even the biggest of dullards can comprehend.

How to Come Up with a Business Analogy

One must first determine if an analogy is necessary. A project that requires a team to stuff envelopes with letters probably doesn’t need any further explanation or inspiration—in fact, coming up with an analogy could backfire and demean a team. “Jesus, does he think we’re idiots? I don’t need him to compare stuffing envelopes to the Tour de France.”

Some analogies make a lot of sense and truly align perfectly with an idea, assignment, or long-term goal. Others are wildly ridiculous and may even convolute the picture. It’s important to put some thought into the analogy and make certain it actually makes sense. Other times you just want the analogy to be memorable. This can be accomplished through humorous, off-the-wall analogies.

Write out all the steps of your idea or project, and then attempt to find a likeness from a real-world problem. Consider the complexity of the problem, the number of steps it would take to solve, and the order in which steps must occur.

Most analogies use real-world situations that everyone has dealt with, or could at least hypothetically deal with. Examples include everything from running a race to giving birth to a baby to planning a road trip.

Examples of Business Analogies, Some Good and Some Bad

Tim wants his staff to get creative in planning the mayor’s reelection campaign. He’s decided to compare it to writing a novel. “In order to write Chapter 3, you have to write Chapters 1 and 2 first! We can’t just assume the public will vote for him because he’s already mayor; we need to back up and remind them what a great person he was before the sex scandal.”

LaShawyqua is telling her team of door-to-door shoe polish salesmen that they can’t expect to get rich on day one, that it’s a marathon, not a sprint. It takes time to perfect one’s pitch. “You don’t just hear the gun and take off sprinting like a goddamn fool! You’re running 26 miles here, you gotta pace yourself, slow down. Take time to make that pitch, make that connection. The first six to eight weeks of this, you ain’t gonna make a dime if you don’t slow down and treat each customer with respect. Y’all gotta be in this for the long haul, bitches!”

A humorous business analogy that people will remember

Cleo wants her team of nurses to understand that in order to give shots to frightened patients, they must first warm up to them. She chose an unusual analogy that really grabbed everyone’s attention—giving a hobo a sponge bath. “You don’t just grab a hobo by the balls and lead him to a tub; you get to know him first, you warm up some water, you find out his name, you learn why he became a bum. Then you take his clothes off and put him in the tub and wash him. Just like we don’t just walk up and poke a needle in someone’s ass. You’re gonna scare the patients away!”

Gordy likened the design of the company’s new weather balloon to cooking a Thanksgiving turkey. “You guys can’t just grab any old turkey off the farm and throw it straight in the oven. This thing’s gotta be the biggest, juiciest bird on the farm. Then we’ve got to pluck it, gut it, dress it, and baste it. We have to think in the same terms for the new XT Weather Balloon 3000! Break the last model down to its core, then cook it to perfection. And only then may we eat the sweet, savory, succulent innards.”

Mike wants his designers to step up their game for the big bandana sale. Tired of seeing the sale old stale crap, Mike told his team “Think of designing the marketing materials as if you’re blasting off to the moon. You can’t get to the moon unless you provide the rocket with fuel. Us selling 15,000 bandanas is the moon, but right now we’re still on the launchpad. Brian, you gotta be our lead astronaut, you’re the navigator, man. Bobby, you’re in the command center, buddy—one false move and this ship crashes. Deb, Angie, Tina, you’re all… uh… more astronauts, you gotta listen to your commanders. The emails, the web banners, the print pieces, the mailers, the landing pages, these are the fuel. And it can’t just be gasoline, it has to be rocket fuel. The most powerful fuel there is. That’s what I need from you.”

In the first three instances, the teams made the connection and, when polled, said it helped them to better visualize the matter at hand. Gordy’s team, however, failed to notice any similarity at all between cooking a turkey and improving on an existing weather balloon. And Mike’s team of experienced designers mostly felt annoyed that Mike felt the need to use a rocket ship analogy to inspire them. The three female designers on the team felt the analogy was sexist, as they were the three random astronauts just along for the ride. One designer even intentionally did a worse job than normal out of spite.

A co-worker recently likened the digital marketing process to taking a customer on a journey. While his analogy was a good fit, I couldn’t help but think dating was a better fit. A customer seeing a banner ad or email, that’s you asking them out. Them clicking on it and going to your website, that’s the date. Them putting an item in their cart, that’s clothing being removed. And, you know, so on.