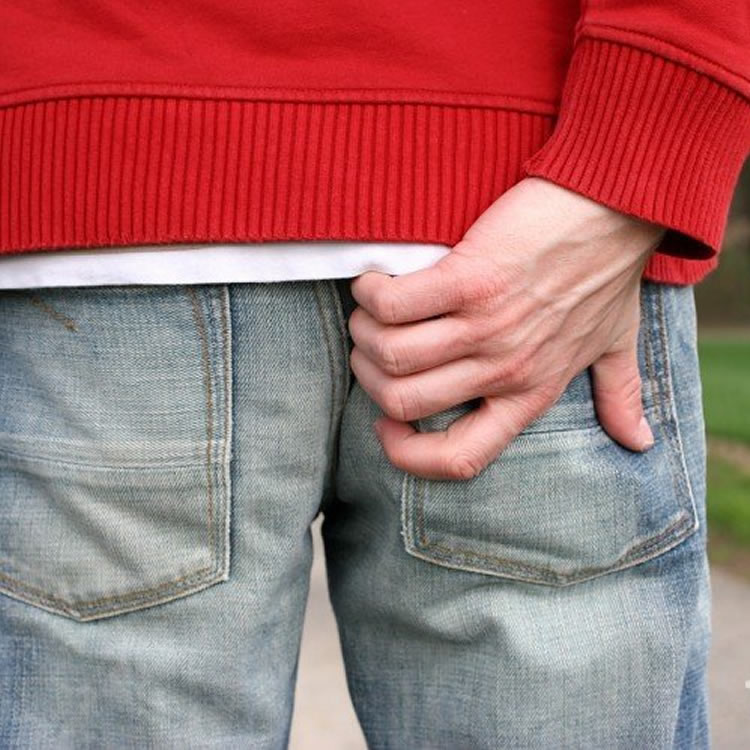 Jim is walking through a crowded street fair on a Saturday afternoon with his family. Festive music is playing, kids are scrambling about with balloons and cotton candy in hand, dogs in bandanas are being led by their owners, and street vendors with delicious food are at every turn. Jim smiles and takes a moment to appreciate his surroundings.

And that’s when it happens.

Out of nowhere, Jim’s ass starts itching like crazy. And this surely doesn’t seem like one of those itches that’s going to just subside on its own in a moment or two. In a panic, Jim looks around to see if he has a clearing to scratch. Nope. People everywhere. It’s not on the cheek either; this one is very deep in Jim’s rectum. And with his tight jeans, there’s little to no chance he could even get his fingers in deep enough to scratch the itch anyway. This is not a good situation, and the intensity is growing by the second.

Jim needs to find privacy, but at a crowded public event, privacy is at a premium. The line at the port-a-potties is a dozen people deep. Ugh, it just itches so much! What are Jim’s options to relieve this itch before it drives him certifiably insane?

Hopefully Jim found a way to relieve himself so he can get back to enjoying the street fair with his lovely fami… hey, wait… where did they go?! Kids? KIDS!!! Do not let your itch occupy your mind to the point that this scenario unfolds. You’re so worried about your damn butt you’ve lost your family.

Products for People with Itchy Asses

My Hot Take:
If I was in public and this happened, you can bet I’d run straight to the nearest bathroom and lock myself in a stall to take care of the itch. But again, this post is assuming that’s not a realistic option. I almost certainly would just try the pant adjustment method.

tl;dr
If your ass starts to itch in public and getting to a bathroom isn’t an option, find a way to disguise the fact that you’re scratching yourself.